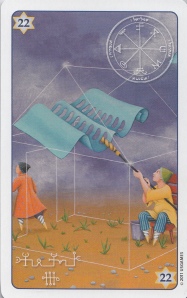 Mercury retrograde really does have a purpose … that is, aside from causing havoc with all kinds of communications, all things electrical, and transportation/traveling! We are being asked to gt a grip – to review our thoughts and actions, and realign ourselves with the reality that surrounds us. Sometimes we are asked gently, sometimes it amounts to a celestial whack on the head. The first Mercury retrograde for 2011 (March 30th – April 23rd) is in the sign of Aries. Lots of fiery action there!

Note: Mercury generally goes retrograde three times each year. For 2011, all of the Mercury retrogrades are in Fire signs.

The March/April Mercury retrograde will bring about a tremendous shift for many people, and many things. We will be looking at things in a different way, and adjusting our actions accordingly. And there will be a lot of action being taken – focused, intense action fired by the initiating power of Aries. Aries like to see action, and doesn’t tend to have a great deal of patience. This will also be a very goal oriented time.

Our goals will be refocused, and our actions realigned with the new visions of the future coming to us. We are leaving our past behind and stretching who we are, and where we are headed. The changes that we make in during this Mercury retrograde will set the foundation for the next two Mercury retrogrades for 2011 (in August – Leo, and December – Sagittarius). We will need to watch our actions closely (so that we are not acting on impulse), and be very aware of what we are communicating on all levels. We will want to make things happen (Go Aries!), but we need to stop and think through the ramifications of those actions. We don’t want to be bit by things that we say or do without thinking.

I drew one card from the “King Solomon” oracle cards for what we need to know on this Mercury retrograde. I drew
Number 22 – Magical Influences – Spells – Evil Eye. How appropriate can this be! This card represents change brought about by outside influences that are not in the control of the Seeker. Aside from the advice about removing evil spells, this card talks about about “creating a defense”, which I take to mean be aware of that which is going on around you.